“We acknowledge and celebrate Past President Shirleen Titus for her passion, dedication and hard work she has demonstrated during her tenure with and presidency of SIOPSA. Bestowing her with an Honorary Life Membership award is a testimony to her character as a leader in the SIOPSA arena and the broader IOP community.” – Alison Felix-Lodewyk, SIOPSA President

Further clarification regarding the AGM decision, kindly refer to the statement given by Fred Guest & Andrew Johnson below:

As the proposer and seconder of a motion at the recent Siopsa AGM at its 20th Annual Conference, respectively, I Fred Guest and I Andrew Johnson wish to make the following statement:

I Fred formulated the motion that Honorary Life Membership should only be given to an incumbent after he/she has completed their term as Past President, and I Andrew seconded the motion; this was accepted by AGM for implementation. We, as was the general feel at AGM, accepted in principle that implementing such a practice would help promote the much-needed continuity in the presidency over a three year period. We became however increasingly aware that an ambiguity was created re the timeframe for implementation; i.e., that decisions adopted at the AGM normally define the implementation mandate of the new president (i.e., Alison Felix-Lodewyk, in this case, in her term office of 2018/19). Hence the decision was not applicable to the current president, Shirleen Titus. It is now clear that this was not properly clarified. This led to a situation of unfairness towards Shirleen, creating confusion and unnecessary disappointment for her. For this, we do apologise.

Our intent with this statement is, therefore, to remove any uncertainty and correct an unfairness towards Shirleen. There is no doubt in our minds that Shirleen deserves this award unreservedly having committed years of her professional career to the Society in an unbroken record stretching back to 2012, in executive roles of marketing and communication, conference, secretarial, and the presidency (in the latter doing a tremendous job of leading the Society through a time of great financial difficulty, bringing much needed stability and direction during her presidency). We have no doubt that she will continue this good work as Past President.

We therefore unreservedly commend Shirleen for her service to the Society and congratulate her on the well-deserved award of Honorary Life Membership of Siopsa. 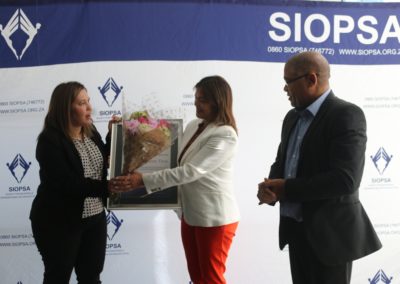 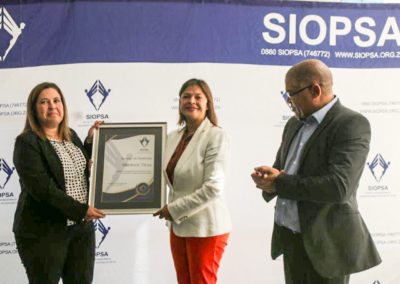 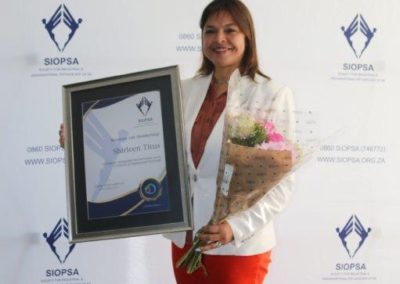 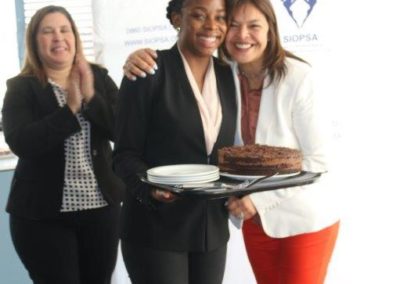 The Society for Industrial and Organisational Psychology of SA